(B) Fill in the blanks using appropriate words given in the box:

Question 2.
What changes were noticed in Saroj after she started yogic exercises?
Answer:
Saroj started mixing up with other children and showing interest in various activities of the class and the school.

Question 3.
How has yoga helped mankind?
Answer:
Yoga has helped mankind in leading a healthy life. It has also helped in elevating the self to realise God and the mysteries of the universe.

Question 5.
Give examples of the deeds of some greatmen who adopted the path of yoga.
Answer:
Gautam Buddha, Emperor Ashoka, Mahavir Swami, Mahatma Gandhi, etc.

Question 7.
Write the names of some aasanas and their benefits.
Answer: 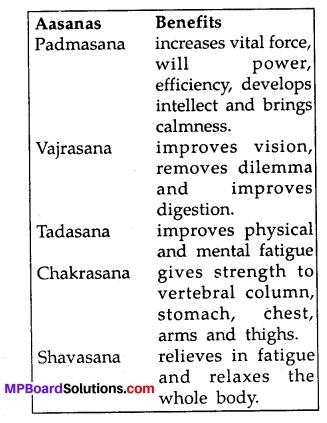 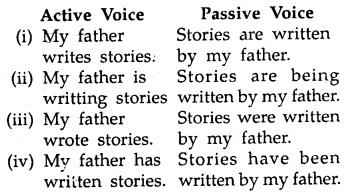 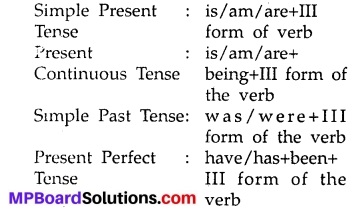 Now solve the exercises given below:
(A) Here is a table. Make sentences from it making suitable changes as shown in the example. 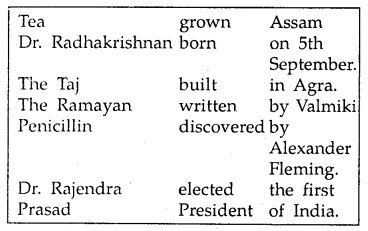 Example: Tea is grown in Assam.

(B) See the pictures and write sentences as given in the example:
verbs: fed, read, ploughted, repaired, watered 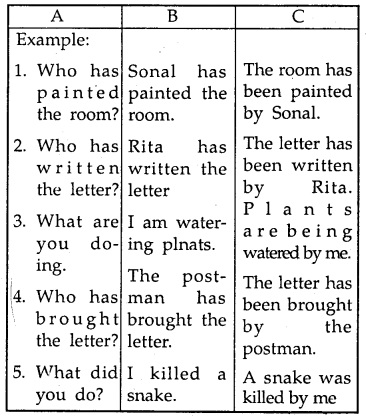 Read the passage carefully and answer the questions given below it:

Surya Namaskar : A Complete Exercise
As the title suggests Surya Namaskar is a complete exercise in itself. It is a set of aasanas. It has seven postures. All the seven postures, if rightly done with proper breathing, are capable of strengthening the whole body. Surya Namaskar increases life span and even checks untimely death, “Akaal Mrityu Harnam” as mentioned in the scriptures. The proper time for Surya Namaskar is just after dawn. Praying the Sun in these postures fills the body with solar energy which gives us precious vital force for life. Chanting various names of the Sun adds other benefits also. 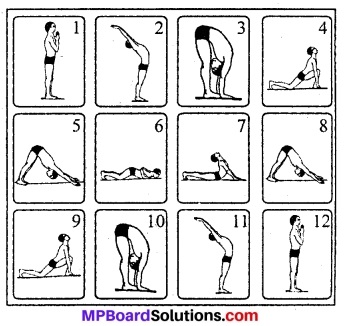 Question 1.
What is Surya Namaskar?
Answer:
Surya Namaskar is a complete exercise in itself. It is a set of aasanas.

Question 2.
What benefits can we have from it?
Answer:
Surya Namaskar increases life span and even checks untimely death.

Question 5.
Give any other title to the above passage.
Answer:
Advantages of Surya Namaskar. 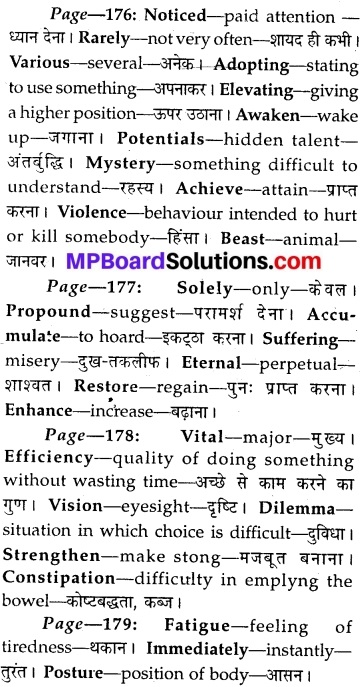